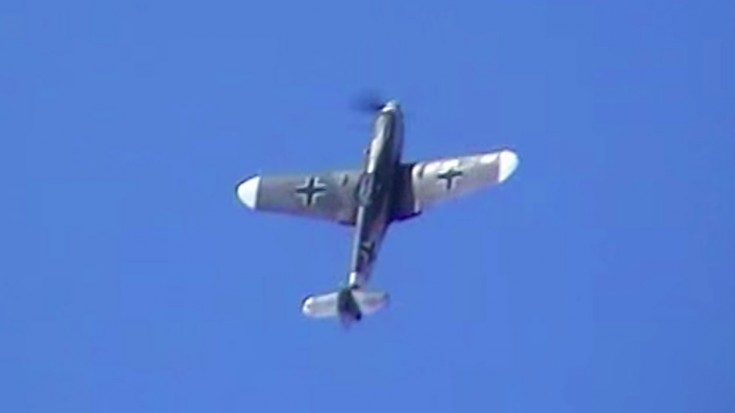 Watch This Pilot Have Some Fun In The Sky

The Messerschmitt Bf 109 was Germany’s number one fighter plane, with over 34,000 produced from the beginning to the end of World War II. It’s hailed to be one of the first modern aircrafts of the era, reigning supreme from its inception to the end of the war among its rivals.

Its most notable advancements were:

Originally designed as an interceptor, the Messerschmitt became somewhat of a multi-tasker, serving as:

To the dismay of the Allies, this plane was flown by three of the top aces in the Luftwaffe whose Regiment was credited with over 10,000 victories. In addition, the Bf 109 shot down the most planes in World War II.