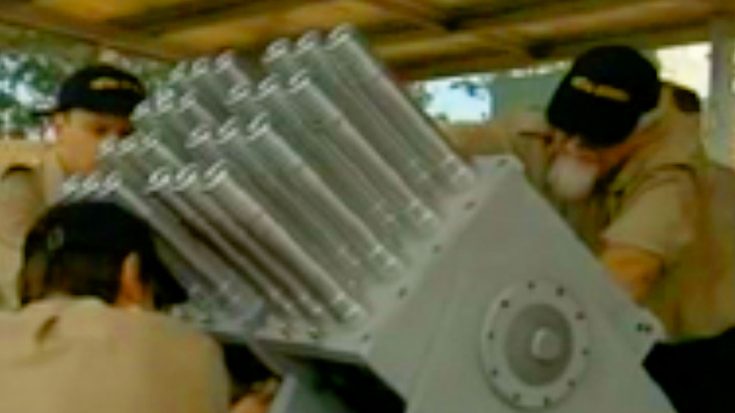 Experimental weapons are a lot of fun, they are the ultimate high risk and high yield situation. The Metal Storm corporation had some very big ideas to revolution weaponry by implementing lethal delivery systems. One of the most vicious weapons in their stable was a rapid-fire grenade launcher.

Metal Storm really went overboard with this one, firing up to 3,000 rounds per minute. You might think that so many grenades launched at once might be overkill but it does look amazing once it’s set in motion.

“The really impressive thing about the system is its detection and aiming kit, not the gun. Phalanx actually uses its radar to track the stream of outgoing projectiles and steer them onto target. It taps out short bursts of less than a hundred shots, mirroring the tactics of properly trained humans – just much faster.”

Sadly the Metal Storm Company is no more after failing to gain a buyer for their prospective weaponry projects. You have to wonder what could have been if this project were allowed to flourish fortunately there is test footage that you can watch in this clip.