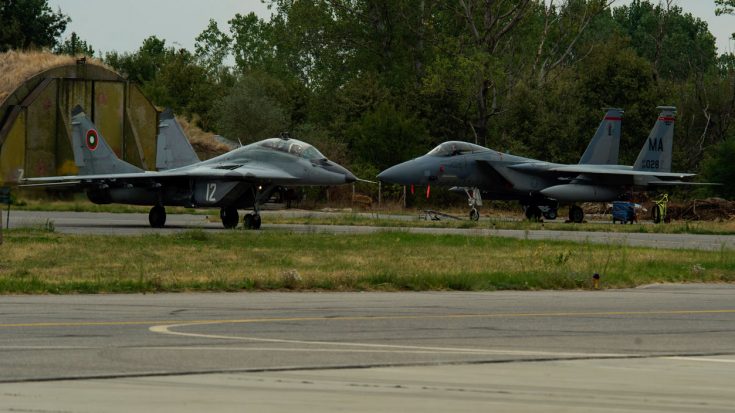 There is nothing worse than being caught off guard by an enemy. Humiliation, pain and knowing that you failed yourself and those around you. The United States military undergoes constant training to ensure that potential attacks can be thwarted quickly and effectively. However, there are many nations at greater risk of enemy attack and the United States is always willing to help.

The US Air Force is training with the Bulgaria Air Force Graf at Ignatievo Air Base in Bulgaria. The exercises were part of the first U.S./NATO joint mission aimed towards deterring Russian Military activity.

“Russian officials have consistently criticized NATO’s operations in both the Baltic and Black Sea regions, arguing the alliance is undertaking a military buildup that aims to surround Russia.”

Russian Military presence continues to expand in Eastern Europe putting Bulgaria at greater risk of potential invasion. After a recent incident involving an Su-27 fighter coming within ten feet of a Navy Jet the patrols have become necessary. Footage of MiG-29s and F-15s beginning their patrols at Graf Ignatievo Air Base can be seen in this clip.