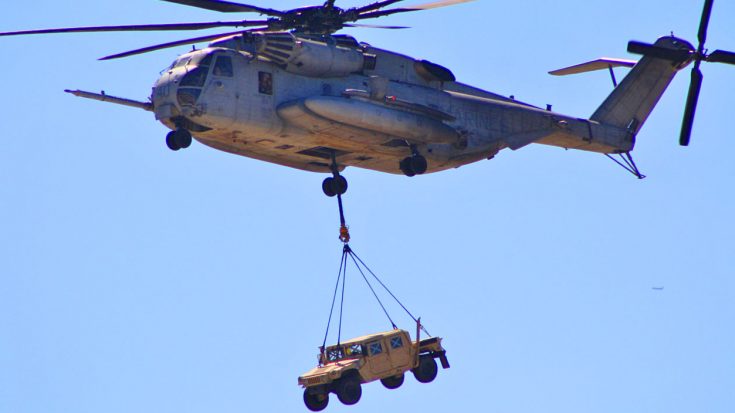 The United States military has some pretty sizable helicopters in its force including the Black Hawk and the Apache. But those helicopters don’t stack up compared to the massive Sikorsky CH-53E Super Stallion.

Operated by a crew of five, the CH-53E can support up to 37 passengers even while transporting heavy loads. It is no stranger to combat zones to the Super Stallion comes prepared to fight, equipped with three mounted machine guns to fend off hostiles.

“US Marines are using these helicopters to deliver troops, vehicles, and supplies from ships to shore. US Navy acquired a small number of these helicopters for shipboard resupply. Also US Navy uses a dedicated minesweeping version. The Super Stallion fits on amphibious assault vessels. The helicopter has a refueling probe and can be refuelled in flight from a KC-130. It can also refuel from a surface ship while in hover mode.”

To see things perspective check out the Super Stallion bringing in a load of troops and heavy vehicles into a desert combat zone in this video clip.