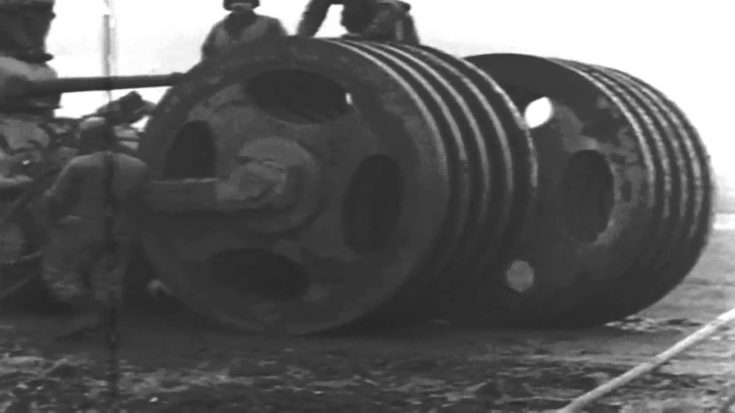 Doing What It Does Best

This rare footage taken near Beggendorf, Germany, shows the T1E3 in action. The vehicle could be seen driving in a field when it was suddenly engulfed by smoke and debris after detonating a mine.

These T1E3 Mine Exploder units were attached to M4 Sherman Tanks and were mainly used by US forces in WWII. It had two sets of five disc rollers, each 10 feet in diameter. T1E3s were operated to clear mines by forcibly detonating them through the pressure of the discs at the front.

Crews who operated the variant sometimes called the attachment “Aunt Jemima,” after the popular pancake mix. This comparison came from the resemblances of its rollers to a stack of pancakes turned sideways.