Mitchell, Hellcat, Warhawk And Zero Go For A Spin 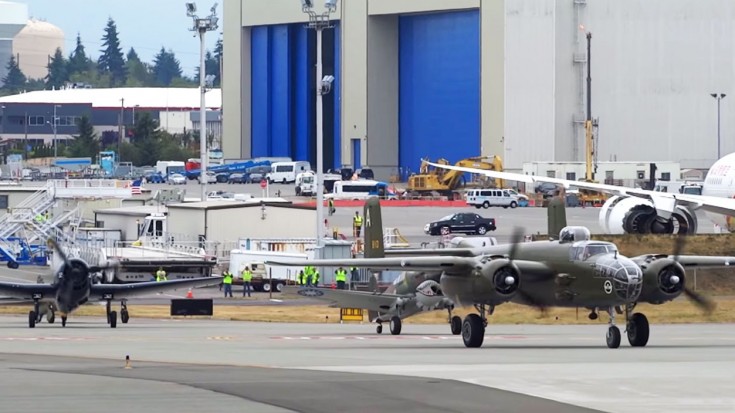 It’s always really impressive to see World War II planes fly, but it’s even a bigger treat when you can witness a few different models fly simultaneously. During Seattle’s Seafair celebration, The Flight Heritage Museum put on a show displaying some of our favorite birds!

Lets do a quick rundown of these planes:

The sound in the video is pretty spectacular as well, so you’ll get to hear all the engines very well! The grace with which these planes take off and land is amazing, even the big girl Mitchell 🙂