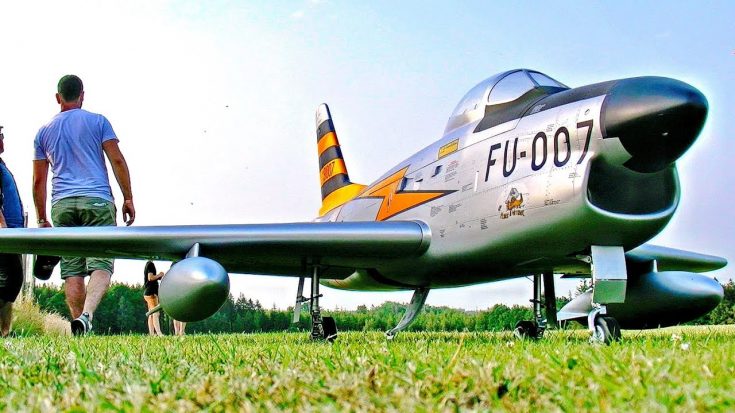 What do you get when you combine a well-assembled RC plane and a skilled pilot? You get one of the best displays of RC flying ever.

This F-86D Sabre is nothing short of impressive, from its start-up to its landing. The plane’s takeoff was so quick that it looked like the aircraft was eager to fly.

When up in the air, the pilot does a few flybys, and you can see the amount of control he has on that plane. In some instances, the pilot even dared to fly too close to the ground. The result? A flawless display of maneuverability.

You’re not going to regret watching this video. Check it out below!