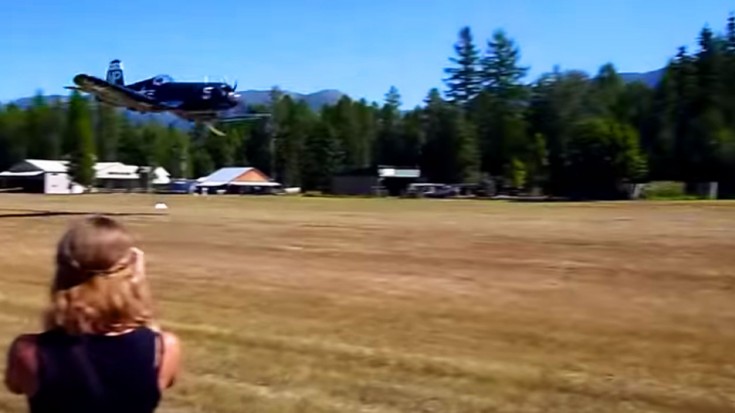 Though originally designed for the Navy as carrier-based fighting aircraft, the Vought F4U Corsair did not meet the many specifications required for deck landings. With landing gear, propeller clearance and pitch problems, the it was not suited for Naval service until later modifications, however, they still managed to be one of the most significant fighters and fighter-bombers of World War II.

“The difficult we do immediately. The impossible will take a week, ten days at most.” -Rox Beisel, Chance-Vought Chief Designer

The United States Marine Corps and other Allied Forces received the Corsair and effectively used them until the end World War II, especially in the Pacific Theater. Earning an astounding 11 to 1 kill ratio, the Japanese forces nicknamed the Corsairs ‘Whistling Death,’ as they made loud pitched whistle sounds while diving.

Below, you can fine a mighty fine video of a privately owned Corsair performing at a local mini airshow. As you can tell, everyone was thrilled when the pilot did a high speed pass, something we’d surely love to experience ourselves.