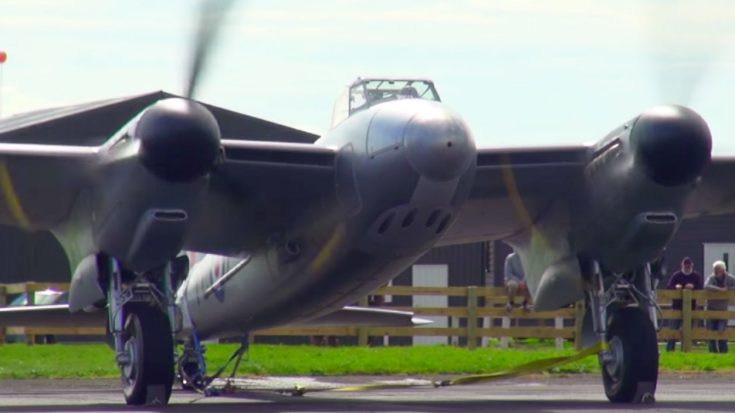 The de Havilland Mosquito may not be the most famous bomber around but got the job done back in WWII. This light bomber served the Royal Air Force, US Army Air Forces, and Royal Canadian Air Forces during World War II. 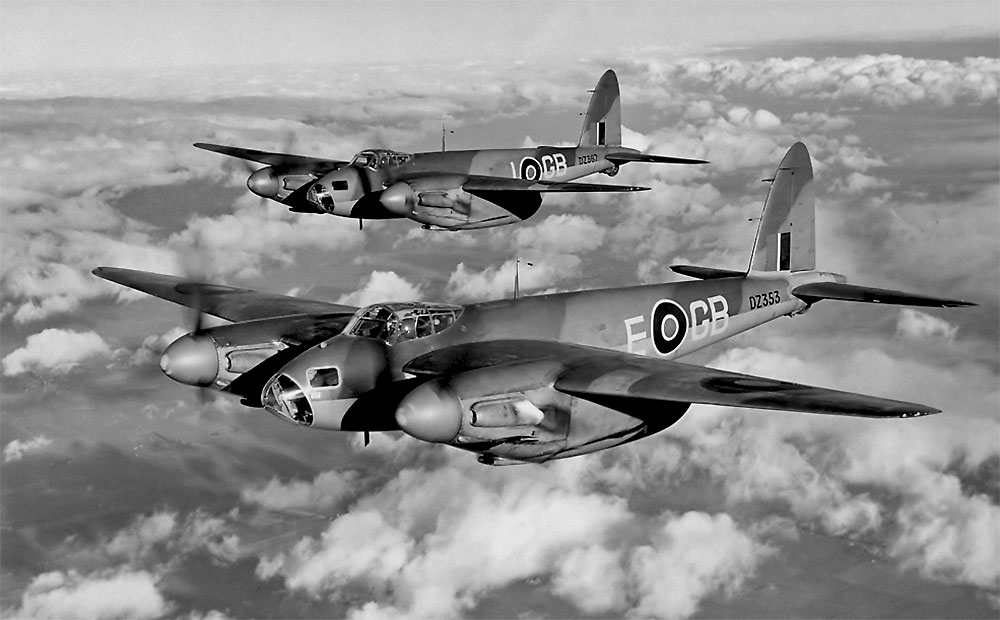 Over 7,000 de Havilland Mosquitos were built between 1940 and 1950. In the early years of World War II Mosquitos were used as photographic reconnaissance planes. Later they transitioned into their bomber role attacking factories, railways and other stationary targets across Germany.

“TV959 was built at the Leavesden De Havilland factory in the U.K. and delivered to the RAF in 1945. After fifty years of absence, this Mosquito is getting ready to take back to the skies.”

This particular de Havilland Mosquito has been around the block a few times. Built in August 1945 it barely missed entry into World War II. It entered service into the Royal Air Force serving 12 different squadrons before its retirement in 1963. This Mosquito even had a cameo appearance in the film Squadron 633.

After spending several years in the Imperial War Museum in London it was transferred to Avspecs Ltd. to be restored to flying condition. Now owned by Microsoft co-founder Paul Allen, this de Havilland Mosquito will be transferred to his flying Heritage Collection in Everett, Washington. Now that the restoration is complete take a look at this beautiful warbird rev up those powerful Rolls-Royce engines.