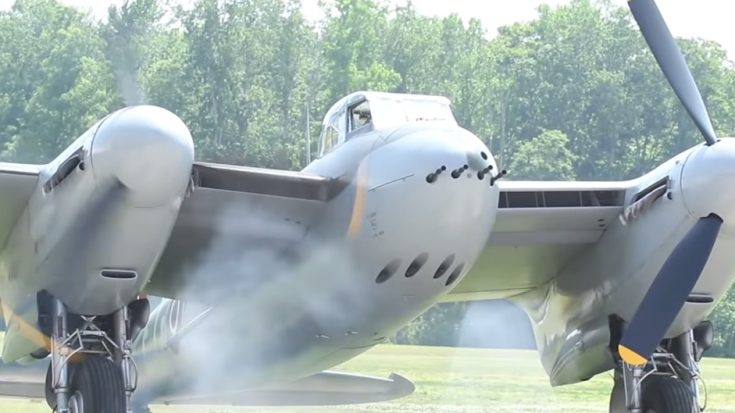 The Mosquito is one of the standout planes of WWII from conception to construction to its amazing versatility. 7,781 Mosquitos were produced between Britain, Canada, and Australia. With a frame built from balsa, birch, and spruce, Mosquitos had the unique advantage of having parts that could be, and were, built in furniture shops. It’s pretty impressive that in 1941 when Mosquito production began, it would be one of the fastest operational aircraft in the world. And they made it out of wood!

It seems like the Mossie could be used for pretty much anything. Originally designed as an unarmed fast bomber, the Mosquito quickly morphed into many roles. It could be a tactical bomber, a night bomber, a pathfinder, a fighter bomber- you name it. On one famous occasion, a Mosquito knocked out a broadcast station and cut off Hermann Goring’s speech commemorating the tenth anniversary of the Nazi takeover. This was the kind of plane that made Goring angry and jealous.

Watch It Start Up

The de Havilland DH.98 in the video belongs to Military Aviation Museum in Virginia Beach, VA. Watch this beautiful wooden wonder take off and land in all its effortless glory. Stick around until the end of the video to check out the start-up. This is one beastly plane!