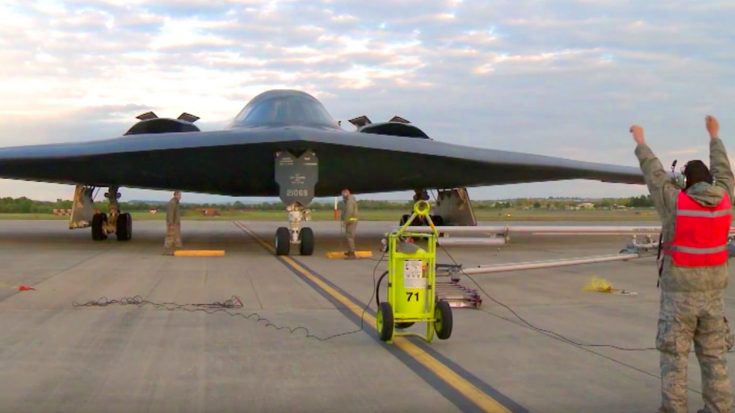 The B-2 Spirit has become the most iconic stealth bomber of the modern world. The B-2’s sleek and elusive design has set the standard for stealth aircraft for over 20 years. It set the standard, but now stealth is about to take another giant leap as Northrop Grumman prepares to release the B-21 bomber.

The B-21 bomber development program has been shrouded in secrecy after Northrop Grumman was awarded the development contract. However, the United States Air Force has revealed that the designs of the B-21 has met with approval and are progressing ahead of schedule.

The United States Air Force plans to acquire 100 B-21 bombers by the mid-2020s for an estimated cost of $80 billion. The B-21 will be part of a bomber program designed to phase out older models such as the B-1B Lancer and the B-52H Stratofortress. They also plan service upgrades to B-2 and B-52 avionics platforms to ensure their longevity and survivability in combat zones.

“From avionics and weapons upgrades to data link and radar modernization, the B-52 requires significant investment. We must also explore options to replace the B-52’s inefficient legacy engine. If we are to rely on the B-52 until at least 2050, these upgrades are essential.”

The B-21 program is advancing stealth bombers but the entire program will also advance older bombers along with it.