Can You Survive 3 Shots To The Chest From an M16? You Might Be Surprised At The Results 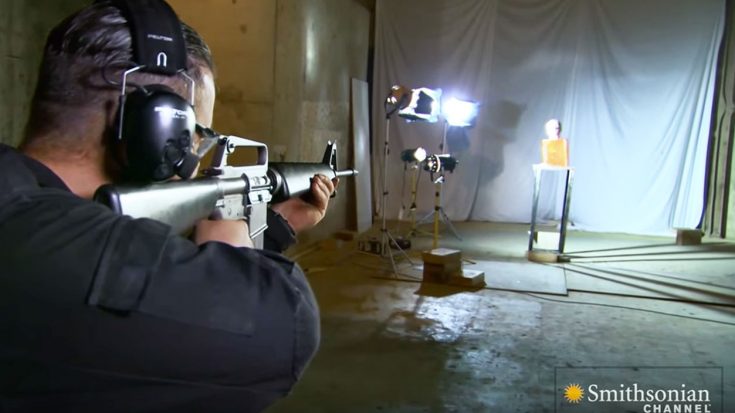 Can You Still Survive After Three Direct Hits To The Chest?

This isn’t your average Q&A because instead of merely telling us the answer, a weapons & firearms consultant and a trauma surgeon (who’s also a ballistic injury expert) will SHOW us by recreating a scene from the 1986 war film, Platoon. With the help of a high-speed camera, we will get an idea on the extent of damage.

Fun Fact: The M16 bullet is known for its ‘tumble’ which is basically what causes the damage. However, while most lead core bullets do this after they penetrate the flesh, the M16’s velocity and its construction also contribute to the damages.

From a distance of 30 feet, what will happen to the ballistic gel mannequin? What will be the effect to the vital organs? Is there still a possibility of survival, even a slim one? Don’t worry though because I won’t give out spoilers. You have to see it for yourself to find out the answers. Enjoy watching!