Multiple Angles From Aboard The Avro Lancaster: Fly-Past Over London 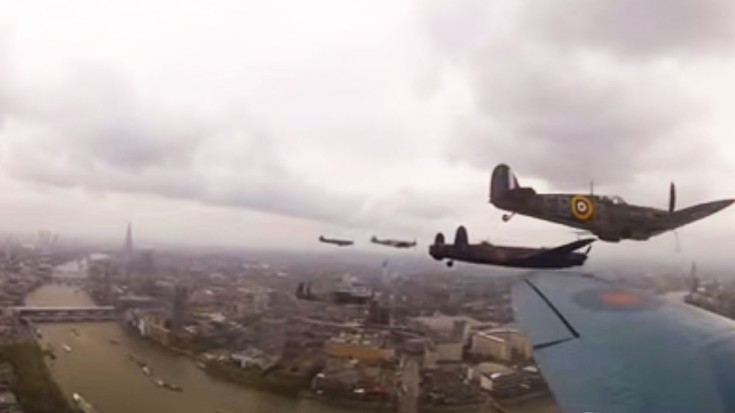 This video released by the Ministry of Defense shows a ride along in an Avro Lancaster. Flying over the iconic city of London, the cameramen took different shots from within, the best being of the Spitfires that were escorting them to the Queen’s Diamond Jubilee. The views are absolutely stunning!

The Lancaster was Britain’s top bomber. Propelled by four Rolls-Royce Merlins it saw combat in 1942, one year after its first flight. A strategic heavy bomber, it was heavily used during night-time bombing missions over Germany.

There are only 17 surviving Lancasters around the world, with only two that are still airworthy. One, named Thumper is housed in Coningsby, U.K., and the second, Vera is at the Canadian Warplane Heritage Museum in Mount Hope, Canada. Just Jane, a third Lancaster, is awaiting her flying license as of now.