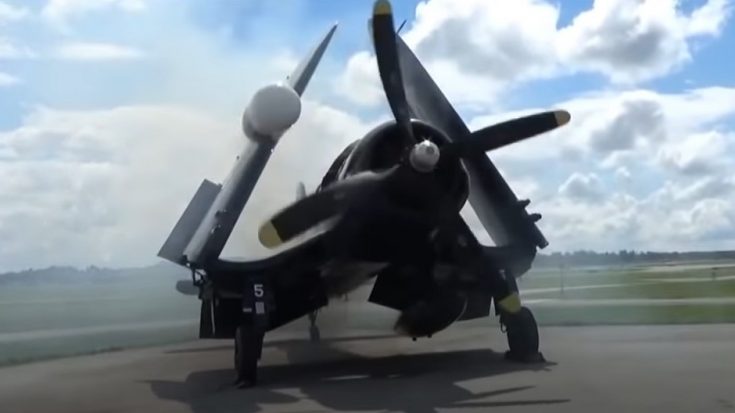 You can’t mistake those inverted gull wings when you look at this famous Corsair. Now just imagine listening to their massive engines roar and start up. Here we found a video that shows multiple corsairs starting up and you can’t mistake that R= 2800 Pratt and Whitney radial engine. It was the workhorse in the Pacific theater during World War Two, and was arguably the best fighter plane on the American side other than the P51 Mustang. It had six guns of 50 caliber and was really fast. Such a unique aircraft that was designed by Vought. And a favorite amongst war bird lovers. Enjoy this video as there is some excellent commentary followed by the actual start up of the aircrafts.