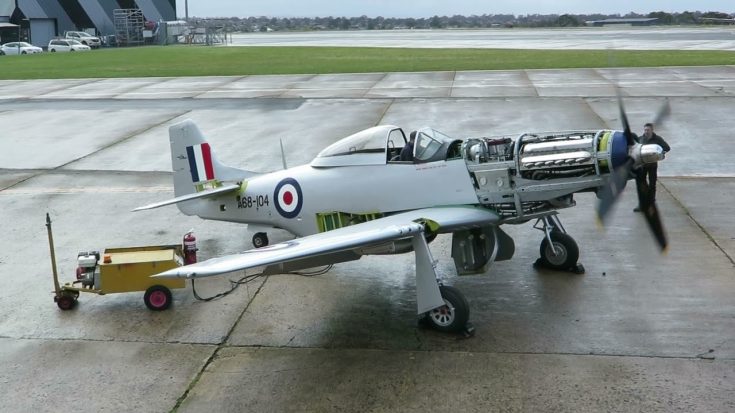 Finally, after fourteen years of restoration, this rare Mk. 21 Mustang finally started up its engines. August 20, 2022, will be a particularly special day for the team behind the Mustang’s rebuilding process.

This aircraft flew 551 hours with the RAAF between 1950 and 1955 before it was placed in storage. When Bob Eastgate purchased the plane in 1970, it took three years to make the plane airworthy again. Another three years were allocated for a major overhaul that included removing the fuselage fuel tank and installing a jump seat.

On May 4, 2008, the aircraft was involved in a gear-up landing which resulted in minimal damage and no deaths. The cause was a defective hinge that broke and hung down, which jammed the landing gear in the upward position. To reduce future accidents, the Eastgates decided to disassemble and rebuild the aircraft that same year.