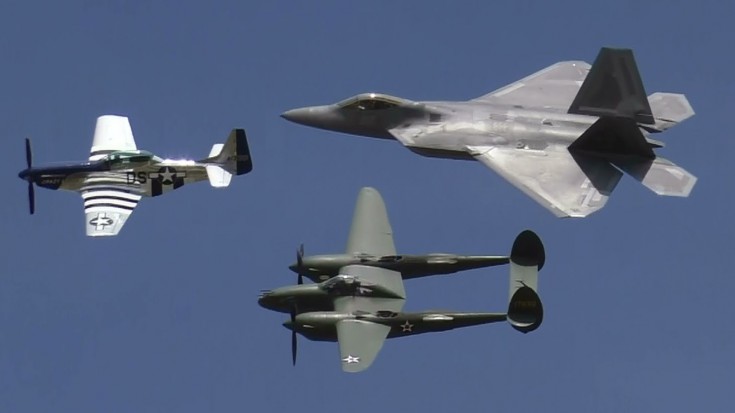 First flying in 1997, the Lockheed Martin’s F-22 Raptor is often considered to be the US Air Force’s crown jewel. In an effort to respond to the military aircraft building strategies of the Russian Federation, the US entrusted Lockheed with the designing and manufacturing of a true super-jet, capable of facing all kinds of advanced opposition.

Under one fuselage, the manufacturers managed to combine the strengths of different aircraft, without too many weaknesses. Th Raptor is as well an effective fighter, a fast and maneuverable jet, an attack plane and a stealth-able piece of machinery that can infiltrate into enemy territory without too much hassle.

While highly praised for its multiple alloy build and the advanced weaponry, the F-22 Raptor is a costly plane to make, Lockheed having to involve a large number of contractors in their manufacturing process. The cost was also the reason for which production stopped in 2011. The Raptor’s first engaged real targets in Syria, while used for bombing ISIS positions.