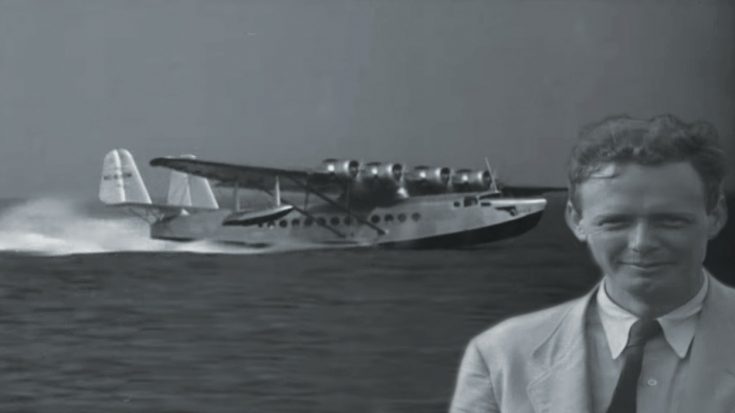 Being a test pilot is always a little stressful. After all, you’re attempting to fly something that looks good on paper but has never actually taken off yet. Not to knock today’s test pilots, but back in the 30s that job was a bit more hazardous. Aviation was still in its infant stages and we didn’t have computer generated flights which make things a bit easier to predict.

Charles Lindbergh didn’t much care for about the hazards, as he was born to fly. If the name doesn’t ring a bell, it should.

Born in 1902, Charles Lindberg was a pioneering aviator. Known for flying solo non-stop from Long Island, New York to Le Bourget Field in Paris France, the list of his achievements is endless.

As warbird fans however, it’d be important to note that without his innovations, P-38 Lightnings might have been a flop. Also, he’s noted as being the only civilian to ever shoot down an enemy plane during World War II when he flew as a performance evaluator for many aircraft companies.

In this video however, he performs a test flight of a seaplane for the first time. You actually get to see him behind the controls which is incredibly neat. He seems very nonchalant about the whole ordeal.

As for the plane, we’ve dug around quite a lot and found out that it was a Sikorsky S-42. 10 of them were built for Pan American World Airways but there are no surviving examples of them today.