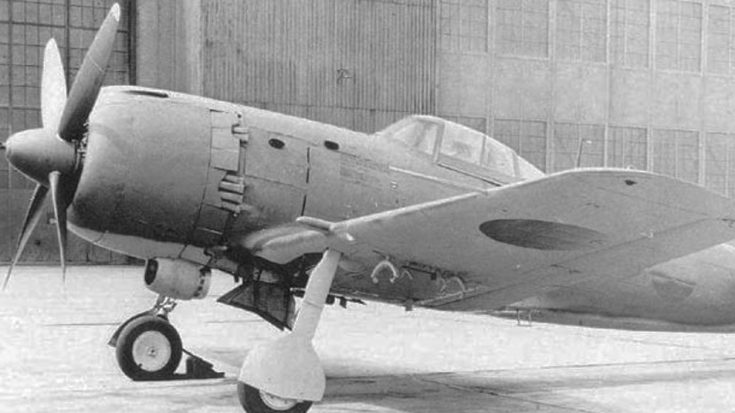 During WWII the Japanese used many aircraft in the Pacific Theater of War. There were fighters, bombers, interceptors many of which were ignored by the popularity of the A6M Zero. The Zero was hardly the best plane they had in their fleet, that honor is reserved for a much more deadly plane the Nakajima Ki-84.

After capturing an A6M Zero following a battle in Alaska the United States knew how to combat them, so the Japanese were forced to build a better fighter. They turned to the Nakajima Corporation in order to construct the perfect fighter to defend their territories against the approaching Americans. Their engineers examined the flaws of the previous aircraft and sought to correct them and the result was the Nakajima Ki-84 Hayate.

The Ki-84 was the fighter that had it all. Unlike the A6M Zero, it had armor-glass as well as stronger metal to defend against attacks so it wouldn’t explode after taking a few hits. It was highly maneuverable like other fighters offered stronger firepower with 12.7 mm machine guns and 20 mm cannons. In the later years of WWII, the greatest threat to the Japanese was the looming threat of high-altitude bombers, the Nakajima Ki-84 had great climbing speed and its engine could reach the altitude to attack them.

3,500 of these fighters were built and operated with great success, but they were not without their faults. Ultimately rushed production led to the downfall of this fearsome fighter. The Ki-84’s high-power Homare engine needed constant servicing, faulty landing gear led crashes lack of properly trained pilots and lack of proper materials from shortages in the final part of the war.A great fighter that never lived up to its true potential, far superior to everything else in the Imperial Japanese Army Air Service.

A great fighter that never lived up to its true potential, far superior to everything else in the Imperial Japanese Army Air Service. The Nakajima Ki-84 could take any American plane of WWII and one wonder what would have happened if it were introduced sooner. A film of the Ki-84 in action can be seen in this archival footage.