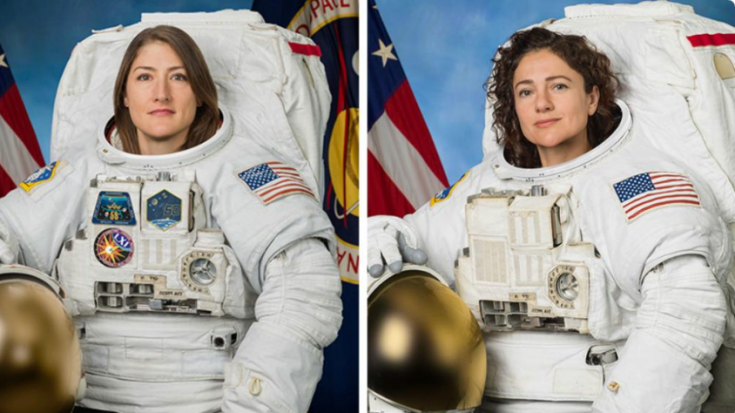 Astronauts Christina Koch and Jessica Meir, NASA has shared through social media (Twitter), plan to have the first all-female spacewalk within the next 48 hours. The plan is set for Friday 7:50am EDT Oct. 18th or on the following day, the 19th.

LIVE: Experts discuss the 1st all-female spacewalk scheduled to take place on either Thurs., Oct. 17 or Fri., Oct 18. @Astro_Christina and @Astro_Jessica will venture outside the @Space_Station for a ~6.5 hour spacewalk for station maintenance.

Doesn’t seem as if this event was planned, but maybe from coincidence that they’ll be together, but nonetheless, it will be somewhat of historic moment as this has never happened before and NASA is highlighting it.

On Friday, Oct. 18, @astro_christina and @astro_jessica will venture outside @Space_Station for a spacewalk, the first to be performed by two women. A preview of tomorrow’s event and a look at more history-making women in space: https://t.co/ahm7CCXEs4 pic.twitter.com/mJCcmtB7m7