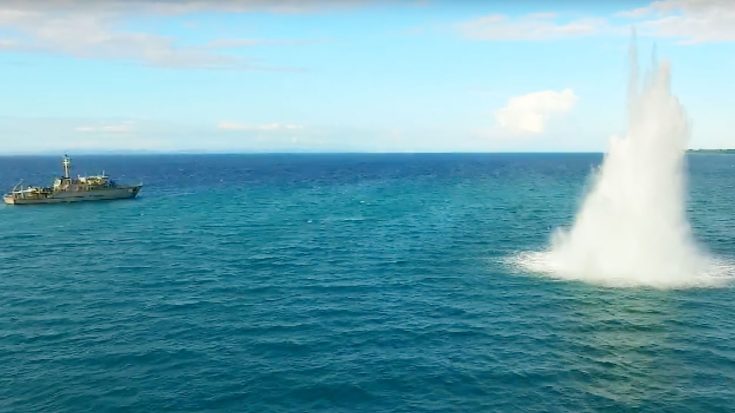 During World War II the Solomon Islands saw major conflicts between the United States and Japanese forces for well over a year. Countless missiles and bombs were used by the warring forces but many of them did not explode. The discovery of these undetonated bombs creates many risks because most people assume they are harmless after 70 years. However, the crew of HMAS Diamantina knows the dangers of these bombs and is on a mission to destroy them.

Many natives discover leftover bombs and use them for decorations and fishing but often end up injuring themselves. The HMAS Diamantina surveys areas around the pacific ocean where major WWII battles to seek and destroy these explosives.

“So we go and search areas utilizing our sonar, our vehicles, and our divers. And if we find something we’ve got the explosives and the equipment onboard to explosively detonate anything we find on the seabed.”

The crew of the HMAS Diamantina will tour an area of roughly two weeks before transitioning to a new location. The Australian Government Department of Defence provides some footage of the team detonating World War II bombs in this clip.