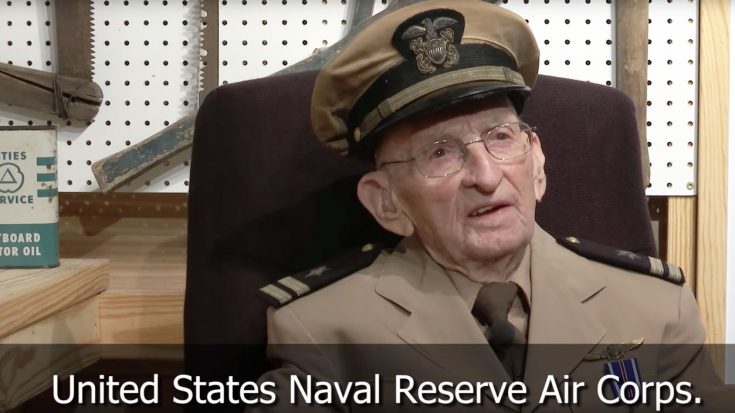 The United States Navy recently celebrated its 241st birthday, from their humble beginnings to the force they have are today. But the Navy could not be what it is without the hard work of those who gave their services. At the ceremony, the Navy paid tribute to Lt. Norton Hurd, a WWII veteran who just turned 100-years-old.

During World War II Norton Hurd joined the Naval Air Force and became a pilot in May 1942. He flew a Grumman F6F Hellcat and became part of the infamous “Hell Razors” attack squadron in missions against Japan. Lt. Hurd was a skilled pilot, but he still encountered his fair share of troubles including an engine failure mid-combat.

“And the next thing I know she just quit like that. Now I don’t know why she quit. You know, you can’t get out and look, you know. So I had to land in the water. So when I hit the water my head hit the top of the cockpit.”

Evading attack from Japanese fighters, an engine failing mid-flight, head trauma, escaping a sinking plane and then swimming to safety without a raft. After surviving all those dangers it is no wonder that Lt. Hurd lived to be 100-years-old. It warms the heart to see this ceremony celebrating his work as a naval pilot during World War II.