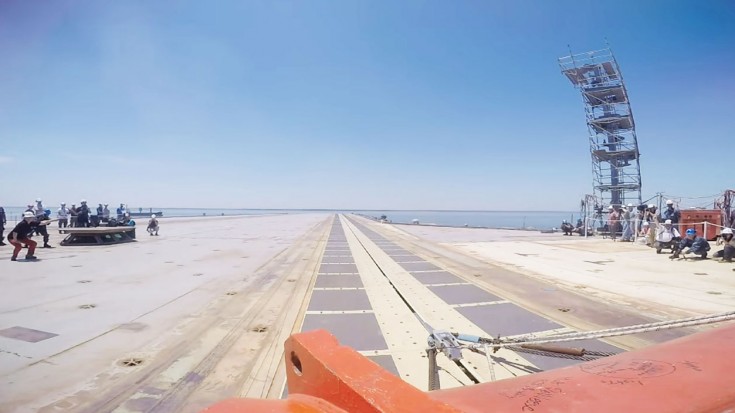 Was I the only one holding my breath when it launched? This new technology designed for the Navy was just tested in the coolest way imaginable. They strapped a GoPro to the catapult and launched it from the carrier at 160 mph within a few seconds. That’s a pretty awesome way to showcase the effectiveness of what is essentially a plane launcher.

This new technology is called EMALS which stands for Electromagnetic Aircraft Launch Systems.

This brand new technology has been in the works for years now, spearheaded by a San Diego company called General Atomics. What makes this system better than what has been used on carriers for decades is pretty much everything. All carriers nowadays have steam catapults, which have worked great thus far. The electromagnetic system however, produces more power, takes up a lot less space, is more reliable and can launch more varieties of aircraft. Overall, once fully operational, it will become the new standard for all future carriers.