Nazi Germany Built A Super Cannon Inside An Entire Mountain – It Is A Monster! 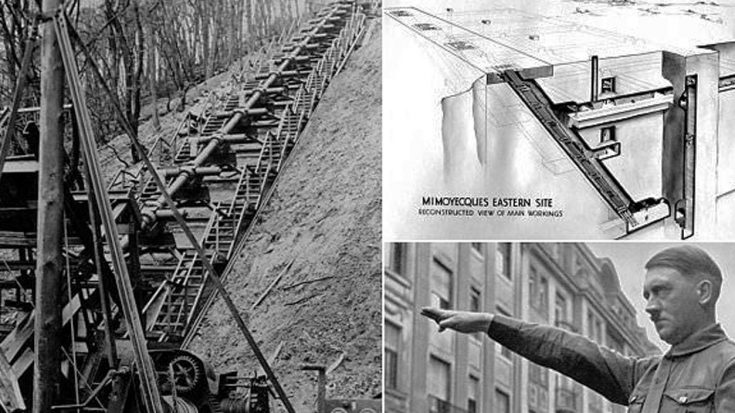 Nazi Germany had many technological innovations build at the hands of crafty engineers in their quest for world domination. However, there were a few holdouts who resisted their onslaught mainly Great Britain put up the strongest defense against their assaults. The Battle of Britain proved to be too much for the Luftwaffe so the Germans found other means to attack their enemy.

The V-3 Cannon was the secret weapon the Germans planned to use to put an end to Great Britain. This high-powered rocket gun was built in a bunker in Northen France and could fire all the way to Great Britain. Using rocket booster with multiple propellant gases rather than explosive charges to launch 310-lb shells very much the same way a modern railgun operates. It was constructed on a hillside in order to aim at England and located near a railway line to provide necessary supplies to its network of underground tunnels.

The program was originally called Hochdruckpumpe or High-Pressure Pump in order to evade detection or sabotage from the Allied Forces. However, the Royal Air Force caught work of the weapon and saw it as a serious threat because it could launch nearly 300 shells per hour at its firing rate.

“[The] most devastating attack of all on London.”

– Winston Churchill [Speaking about the V-3]

Fortunately, the weapon never reached completion as the area suffered bombing raids from the Royal Air Force as was destroyed by tallboy bombs that penetrated its bunkers. Another Superweapon that never saw its full potential and efforts were never made to rebuild it since Nazi Germany had bigger problems to focus on.

This video shows a brief examination of the V-3 Cannon.