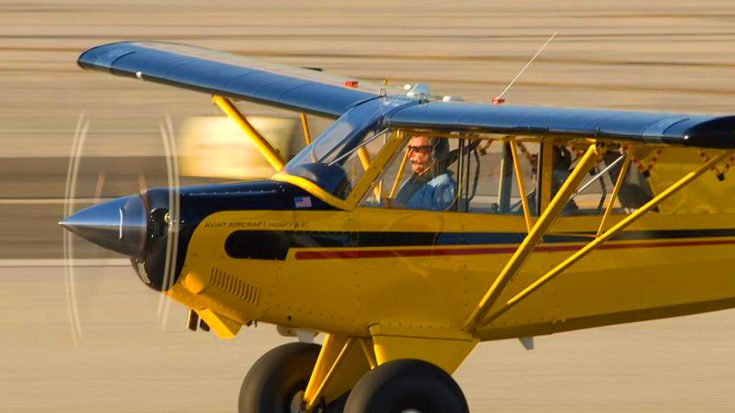 The Airliner Strikes Back.

The aviation world has been talking a lot lately about Harrison Ford’s incident at John Wayne Airport last week. The 74-year-old actor and pilot had a close call when his Aviat Husky nearly crashed into a moving airliner after he landed on the wrong runway. People have been throwing their opinions about the situation left and right but now John Wayne Airport has revealed the footage of the situation.

The film shows the path of entry and exactly how close Ford comes to a collision with the airliner. Fortunately, none of the 110 people aboard the Boeing 737 were injured but the close call has prompted an investigation by the FAA.

“The FAA considers that a very major violation of the federal air regulations. They are going to go after him basically to take his license away. Fortunately for him, no one was hurt.”

Some of the dialogue between Ford and the traffic control makes him seem confused, mistaking his plane for a helicopter. In this clip from John Wayne Airport, we can finally shine some light on the situation to see the landing from Harrison Ford. After watching the footage what are your thoughts?