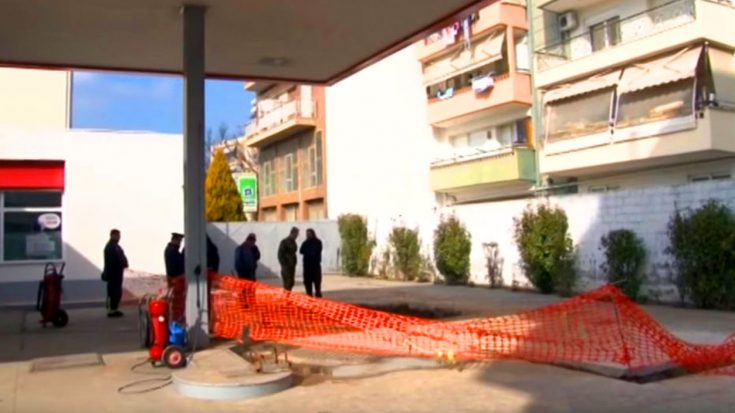 A group of construction workers renovating a gas station in the city of Thessaloniki, Greece discovered an undetonated WWII bomb. Thessaloniki was no stranger to fierce combat during the second World War, so it makes sense that a few munitions may have been left over from aerial raids.

The massive 550-lb bomb is thought to be a German SC 250 used by the Luftwaffe bombing attacks on Greece. An evacuation has been ordered, which will include all residents living within a 1-mile radius of the area.

“The bomb was found 5 meters (over 16 feet) deep near the central railway station in western Thessaloniki during work to expand a gas station’s underground tanks. The existing tanks have been emptied, but previous attempts to remove the bomb were unsuccessful.”

An estimated 60,000 people are set to evacuate from Greece’s second largest city while bomb squads work to defuse the unexploded munition. Often times when leftover bombs are uncovered the situation goes smoothly, but there is a much more apparent danger here due to the close proximity of the bomb to underground fuel tanks. Construction crews barely came within striking the bomb while it was being unearthed, so an already delicate situation could have been much worse.