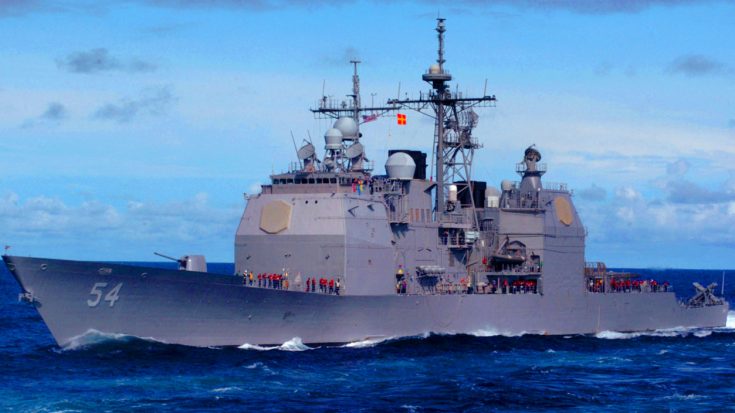 Reports are coming in that USS Antietam has been damaged after running aground off the coast of Japan. The Ticonderoga-class guided-missile cruiser’s propellor has sustained massive damage causing over a thousand gallons of oil to leak into the ocean. At this time there have been no reported injuries to any US Navy or Japanese personnel, but the leaking hydraulic oil is becoming a pressing concern.

“The Navy is cooperating with the Government of Japan and Local Japanese Coast Guard in response to this issue and is exhausting all options to minimize impacts to the environment.”

Inspections are underway to find the exact cause of damage inflicted on the billion-dollar missile cruiser. The USS Antietam is one of 22 Ticonderoga-class guided-missile cruisers stationed in Japan since 1987 assisting with the Navy’s Pacific operations.

Some Navy members are attributing the damage to high winds during an anchorage procedure. The USS Antietam was safely towed back to a Japanese port and an estimated 1,100 gallons of oil were leaked into the ocean. The propellor damage will be repaired following the investigation of the accident. Video of the USS Antietam after the incident can be viewed at this link.