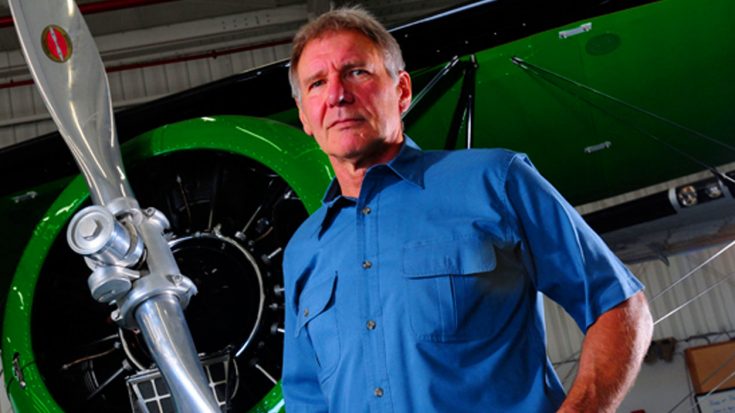 Harrison Ford is probably the most notable celebrity pilot around, his love for aviation knows no bounds. Ford has an extensive collection of aircraft, has acted as Chairman of the EAA’s Young Eagle’s program and racked up over 5,000 hours of flight time. Despite his aviation accomplishments, he has landed in a heap of trouble after almost crashing into a Boeing 737.

Reports are coming in that Harrison Ford nearly collided with a Boeing 737 on a taxiway at John Wayne Airport instead of the runway he was cleared to land on. To make matters worse now the FAA is launching an investigation into the incident.

“Was that airliner meant to be underneath me?”

Harrison Ford was not injured, nor were any of the 110 passengers onboard the Boeing 737 were injured This diagram details the path outlined for Harrison Ford as he landed in his Aviat Husky.

If Ford is found at fault, he could receive a warning letter from the FAA or a suspension of his pilot’s license. He is no stranger to incidents after an engine failure caused his WWII trainer down for an emergency crash landing on a golf course. So do you think the FAA’s investigation is justified or was it simply an honest mistake? NBC News follows with expert commentary in this clip.