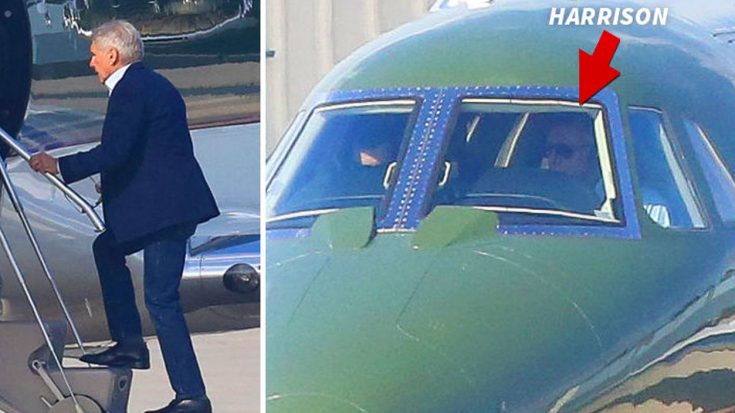 Return Of The Jet Fly.

A few days ago Harrison Ford caused a bit of a stir during a landing at John Wayne Airport. While flying in his Aviat Husky, Ford landed on the taxiway and instead of his intended runway nearly crashing into a Boeing 737. The incident raised a lot of questions as well as an investigation brought on Ford by the FAA that may result in a suspension of his pilot’s license. However, Harrison Ford was recently spotted flying in a personal jet.

Even with the FAA investigation, Harrison Ford made no delay getting in the pilot’s seat. He was spotted taking off from a Los Angeles-area airport in a Cessna 680.

In an interview with The Mail back in 2010, Harrison Ford said: “Flying is like good music: it elevates the spirit and it’s an exhilarating freedom. It’s not a thrill thing or an adrenaline rush; it’s engaging in a process that takes focus and commitment.”

There FAA has threatened Harrison Ford with a warning letter and possibly suspension of his pilot’s license over the incident. Ford is no stranger to flight mishaps after crash landing his helicopter in 1999 and an emergency crash landing in a WWII-era trainer in March of 2015.

Despite the mishaps he has been a great ambassador of flight, acting as Chairman of the EAA Young Eagle’s program, narrating Living in the Age of Airplanes, and even rescued a boy lost in the forest in his helicopter.The FAA claims to be backlogged on flight investigations and Ford’s incident will have to wait because it was not considered an immediate danger.