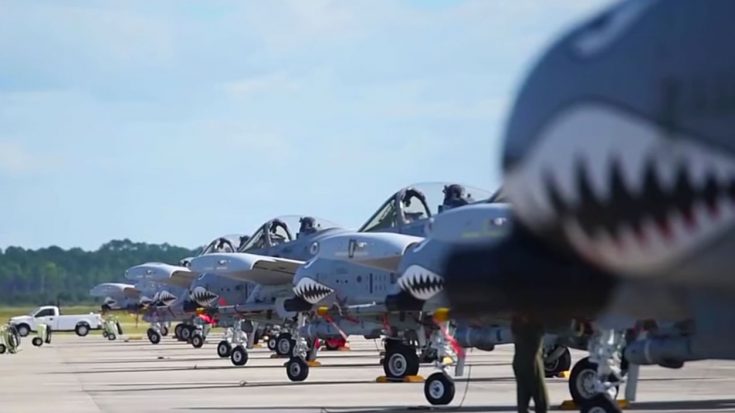 Over the past 40 years, the A-10 Warthog has come out ahead in many dangerous situations but nothing like this. As Hurricane Matthew approaches the southeast United States, mass evacuations have commenced and the Air Force has followed suit. Moody Air Force Base in George is in the of the hurricane and as a precaution, they are relocating their aircraft to Tyndall Air Force Base in Florida.

“Tyndall was chosen as a safe haven on the basis of location, out of danger of the storm, and its ability to house Moody support personnel and provide maintenance to Moody’s aircraft. Evacuated aircraft and designated personnel will return when the storm danger has passed.”

These Warthogs have had a few scrapes over the years but the Air Force is not going to let perfectly good jets face destruction. In the face of possible mothballing, it is nice to see that they still care about the safety of these A-10s. Tyndall Air Force Base has provided a great video of the Warthogs migrating to their temporary home as Hurricane Matthew approaches.