This Pilot Nailed Landing With 100MPH Gusts As Storm Closed In 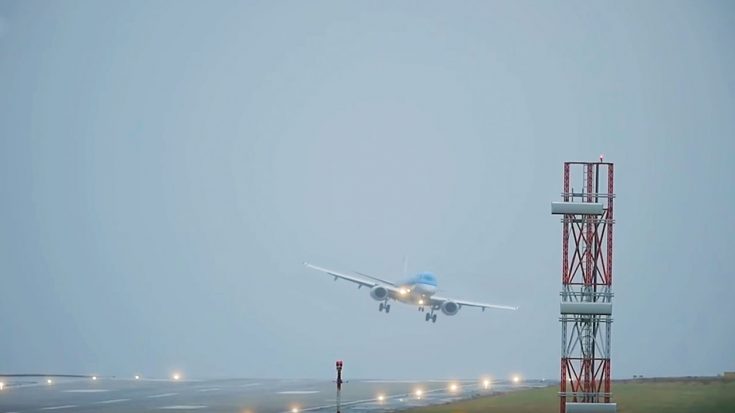 Being an aviation site we couldn’t miss showing you this. Although crabbing approaches are common, you’ve got to admit that this one was a bit aggressive in both the angle and speed.

Our friends across the big pond were getting battered by a crazy storm in the beginning of 2017. Named Doris, this storm was crippling the United Kingdom. Over 20,000 people were without power, thousands of businesses were closed and as of February 23rd, one fatality was reported.

As you can imagine, flights were affected too. The latest report from the BBC indicated that 77 flight were canceled just in Heathrow alone and they reduced their schedule by 10%. Flight conditions were just not safe.

The Telegraph, however, captured the perfect video which shows exactly how unsafe these conditions were.

Below you’ll see a KLM flight approaching Leeds Bradford airport. It was one of the last flights to come in as the storm was closing in and as you’ll see, it wasn’t an easy landing.

Airline pilot Patrick Smith once said, “Your final approach to the runway always has to be stable, and there’s certain criteria that all pilots have to maintain. If you’re not in those parameters you break off and go around”

The pilot however, nailed it.