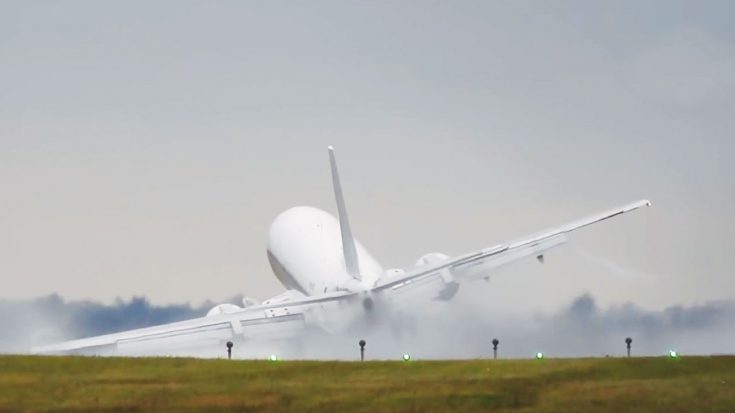 On October 4th, 2016, passengers on a Boeing 737 jetliner got a bumpier ride then they were use to. Flying into Vaclav Havel Airport in Prague, Czech Republic, the pilot encountered some heavy crosswinds on approach.

Normally that’s a common experience for commercial pilots. Wind after all, is something that all pilots are trained to deal with and crabbing is implemented to counter it.

As you’ll see in the video, the plane approaches the runway at an angle facing away from the direction of the wind. Upon touchdown with the rear wheels, the pilot would typically straighten the plane out and call it a day. Here, that did not happen.

Upon approach the starboard side of the plane dipped down (probably pushed by a strong gust of wind) and bounced the plane onto its port side. The wing nearly clipped the runway but the pilot quickly gave the plane thrust and took off again, aborting the landing.

The pilot then went around to give it another go. This time, it was much smoother and the plane stuck to the ground. We’re sure everyone onboard was more than glad.