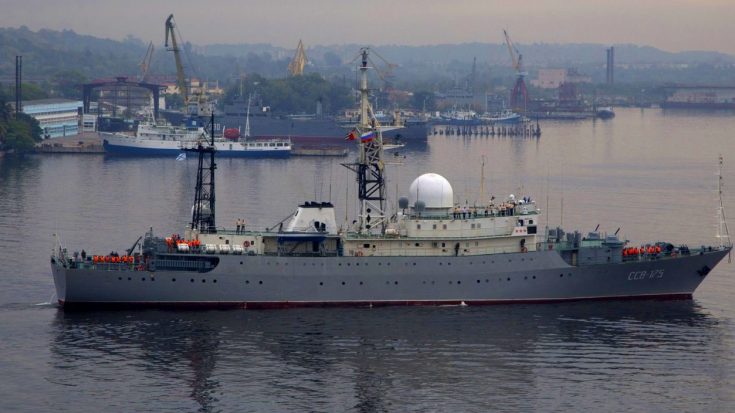 Reports have confirmed the presence of a Russian Spy ship near Groton, Connecticut has raised alarms around the country. The ship is stationed 30 miles off the coast New London Naval Submarine Base, barely within international waters.

This particular ship has been tracked before, usually making its way around Cuba but this is the first time is has come this far north. Although the ship remains in international waters, it’s presence has been decried by several politicians who want action taken against the invasive ship.

“Part of a series of aggressive actions by Russia that threaten U.S. national security and the security of our allies. President Trump and his administration must end their silence and immediately respond to these threats to our national security.”

This news arrives shortly after Russian fighter jets buzzed a U.S. Destroyer in the Black Sea. Reports have also claimed that Russia secretly deployed a cruise missile, violating a Cold War treaty. The presence of this ship is unsettling however, it does not appear to be intent on combat missions. WTNH News8 brings in consultants to address the developing spy boat situation just miles off the coast of their hometown in this clip.