News | Suicide Bomber On Plane Sucked Out As Only Casualty 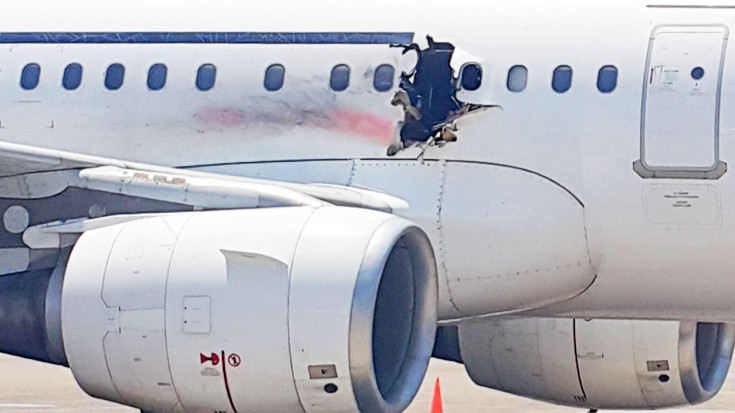 On February 2nd, 2016, one of the worst aircraft passenger fears occurred on a flight in Somalia. A suspected bomb blew up on board with the hopes of taking down the entire plane. What happened however, was nothing short of a miracle.

One passenger said he saw a man in his early 60s, get sucked out of the plane. Although the investigation is still going on, some facts are becoming quite clear.

Abdullah Abdisalam Borleh, 55, is suspected to be the suicide bomber and a member of the Somalia-based Islamic group Al-Shabaab, however, that is yet to be confirmed.

As of now, the facts surfacing include TNT being brought onboard via a laptop which was attached to a man pretending to need a wheelchair. That is what investigators are saying about how the bomb was smuggled on board.

As for the end result, the explosion blew a hole in the passenger plane, sucking out the suicide bomber himself. Two people received minor injuries and all other passengers were fine.

The hole did not damage any of the flight controls of the plane and the pilot was able to turn the plane around and land back in Mogadishu. The investigation is still ongoing and we’ll keep you posted.

Here’s the most recent news clip we were able to find.