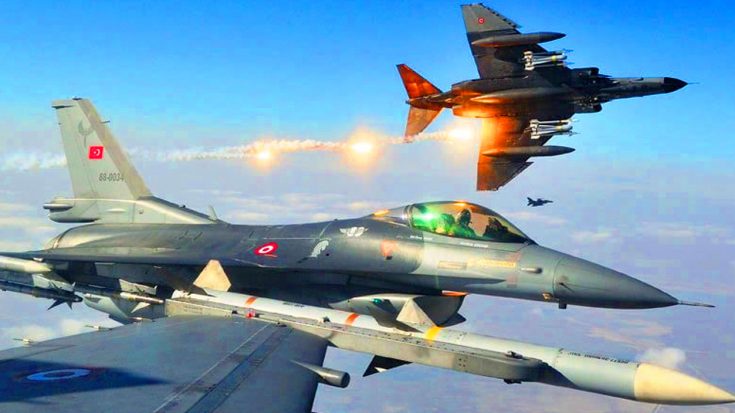 Relations between Turkey and Russia were already on shaky ground and a tense situation has been elevated. This comes after Russian Ambassador Andrei Karlov was assassinated at a Turkish art gallery. Now Turkey has scrambled a dozen F-16 fighter jets in a show of military force against Russia.

The assassin was identified as off-duty police officer Mevlut Mert Altintas. After murdering the ambassador the gunman shouted “Don’t forget Aleppo! Don’t forget Syria!” and fled to the 2nd floor of the building where he was killed after a 15-minute shootout with the police. Russian President Vladimir Putin gave a statement on the issue shortly after.

“[It is a] provocation aimed at derailing Russia-Turkey ties and the peace process in Syria. There can only be one response – stepping up the fight against terrorism. The bandits will feel this happening.”

Despite President Putin’s call for peace, it appears that Turkey isn’t taking any chances. The Turkish Air Force has scrambled 12 F-16 fighters for a show of force departing from Eskisehir Air Base. So far the jets have avoided conflict and have yet to respond to the growing tensions. Russian President Vladimir Putin comments on the ambassador’s assassination in this clip.