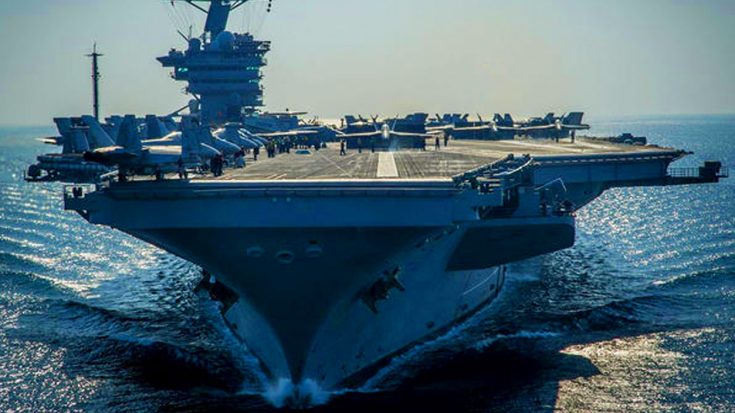 The United States Navy has deployed the aircraft carrier, the USS Carl Vinson to the South China Sea. This will be the first major ship deployed to the area since the Trump Administration took office.

The USS Carl Vinson will be sent on a six-month deployment after leaving port in San Diego, CA. Tensions are high in the South China due to a territorial dispute over the Spratley Islands. These islands are claimed as the territory of the Philippines but the Chinese have established a military base on the Islands for control of shipping routes and resources within the area. After hearing news that the US would be entering the area, the Chinese Government has issued a warning to vessels that engage these disputed territories.

Several bombers have recently be deployed to Guam as a precaution, the new administration isn’t taking any chances. The USS Carl Vinson is equipped with over 60 fighters and is battle ready should the need for action arise. The six-month deployment will work to improve the training capabilities of the naval staff as they and serve as the first line of defense.