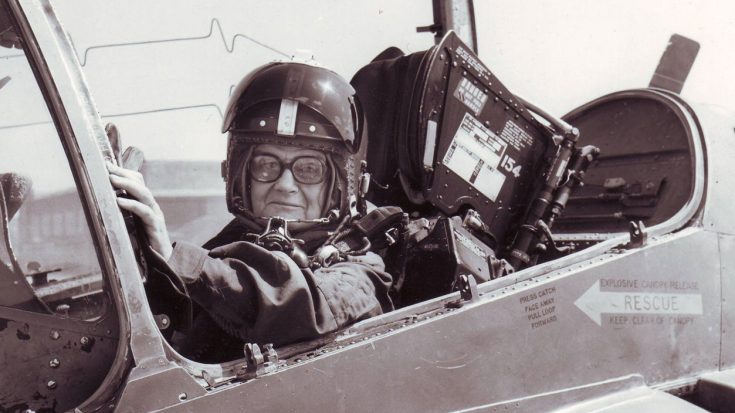 Clare Hollingworth was a legendary reporter, always risking her life for the best story. She told broke the biggest story of her career while in Poland when she reported the beginning of WWII. Now after a lifetime on the front lines, Clare Hollingworth has died at the age of 105.

In 1939 Clare Hollingworth was Poland working as a journalist for London’s Daily Telegraph and aiding Jewish refugees. On the morning of September 1st, 1939 she heard artillery fire and tanks rolling through the Polish border near Katowice. She scrambled into action and reported the story back the Daily Telegraph staff who were disbelief. A few days later, a story hit the news that told the start of World War II.

“Knowing that war may be imminent, and bolstered by the presence of a diplomatic flag, she borrowed her host’s car, and ‘motored off alone into Nazi Germany’ to stock up on wine and aspirin. As she drove back along the border, a fabric partition separating the two countries flapped momentarily in the wind, exposing ‘scores, if not hundreds of tanks’ in the valley below. And there was her first big scoop: the outbreak of World War II.”

Hollingworth continued her career as a war journalist covering events such as China’s Cultural Revolution in 1972, exposing British Intelligence member Kim Philby as a Soviet Spy, the Vietnam War, and conflicts in the Middle East. She had a passion for war and sought to be on the front lines to let the world know exactly what was happening. BBC News digs deep into her career as a War Journalist in this clip.