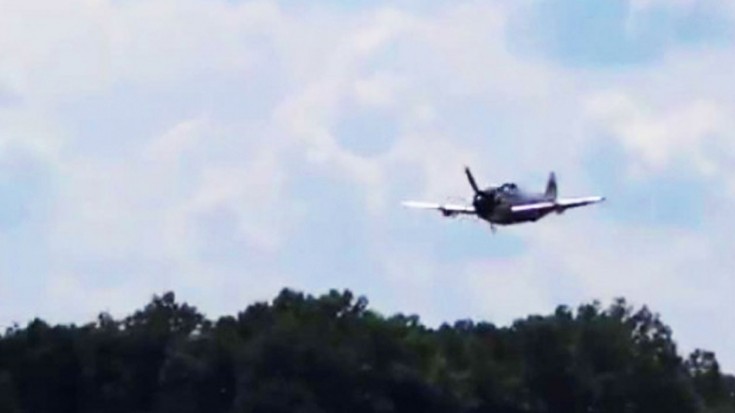 A Nice Double Wasp Radial Sound To Kickstart Your Day!

The P-47 Thunderbolt is Republic’s most famous warplane and one of the most effective World War II fighters overall. Developed in the late 1930s by Georgian born Alexander Kartveli, the P-47s went into full production in 1941. With over 15,000 produced in the course of 4 years, they were among the most produced aircraft during World War II. Like the Grummman F6F Hellcat and the Vought F4U Corsair, the Thunderbolts were equipped with a powerfull Pratt & Whitney R-2800 Double Wasp engine, giving it the speed and carrying capacity to make it both an effective fighter and bomber.

Used by most of the Allied air forces, the P-47 Thunderbolts had a roomy, comfortable cockpit and offered great visibility to the pilot due to its bubble canopy

“Jugs” as they were called, were extremely tough and reliable, earning a reputation for their ability to take a beating in battle and bring their pilots home. In all, Jugs clocked in over 2 million hours of flight during World War II, collectively destroying over 7,000 enemy aircrafts. Their effectiveness made them very popular among other air forces as well, and large orders were placed by England, Brazil, France and the Soviet Union.