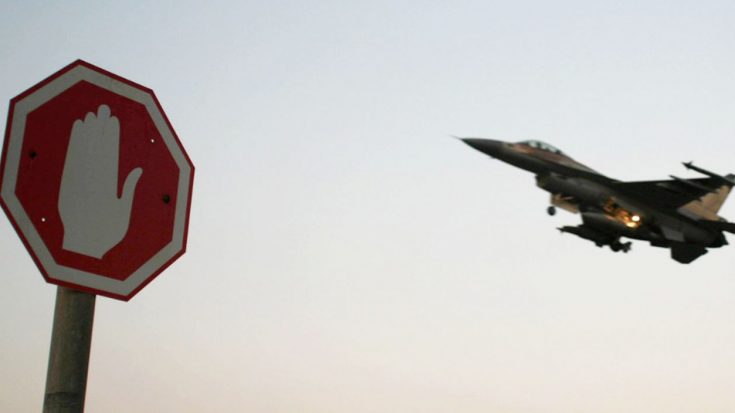 Why Goes Up, Must Stay Out.

Threats come in all sizes and every direction, but one of the biggest risks is a terror from above. It doesn’t take much for an aerial attack to destroy an entire city as Hiroshima, Nagasaki and Guernica have demonstrated. To avoid threats in the sky countries can impose No-Fly Zones over their land. No Fly Zones were created by the United Nations and NATO to prevent the risk of war and as a means of defense.

Recently a private plane went flew over New York during a United Nations meeting while a No-Fly Zone was enforced. An F-15 fighter intercepted the plane and escorted away the pilot may have his license revoked for the violation. How ironic that this plane broke the rules from the very organization that creation. This incident stemmed from Temporary Flight Restrictions (TFR) which are put in place while Government VIPs or special events or in place. No-Fly Zones are typically set up by nations at risk of attack or military occupation.

“Starting in the early 1990s, international military coalitions began imposing no-fly zones. A no-fly zone is an area within a nation in the midst of a civil war or rebellion, in which an oppressive regime’s air forces are banned, preventing that regime from attacking rebel forces and civilians.”

When any aircraft enters the No-Fly Zone, interceptors spring into action to deter the violator. The Smithsonian Channel shows this great scene of a Boeing EA-18G Growler going from order to action to protect the restricted airspace.