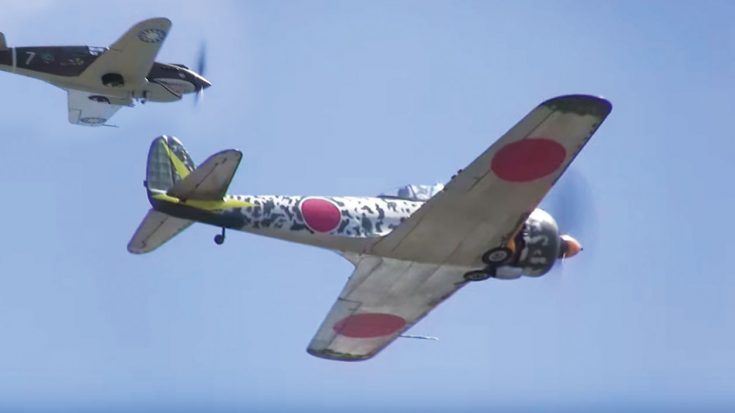 A Clip Made Right.

There are so many videos out there featuring great warbirds we want to show you but often times they’re ruined. For one, there are typically announcers yapping in the background with some staticky music you can’t even hear ruining the perfect sounds of the engines when the planes pass by. Then there videos where there are no announcers but the uploader decides to put his favorite electro-pop garbage music in back of it to “enhance” the video, thus ruining it for us warbird fans.

We’re happy to say that this video has neither.

Uploaded by a very neat Youtube channel called Fight to Fly Photography, this video might be exactly what you’ve been searching for. All you see is a P-40C Tomahawk and a very rare Ki-43 Oscar. All you hear are the radial and V-12 engine.

The Nakajima Ki-43 Hayabusa, meaning Peregrine Falcon, was a tactical fighter for the Imperial Japanese Army Air Force. Almost 6,000 of them were produced.

The P-40 is owned by the Flying Heritage Collection based in Washington and the rare Oscar is from the Erickson Aircraft Collection in Oregon. They’re both beautiful pieces of machinery and sound even better than they look.

Check it out for yourself. Enjoy!