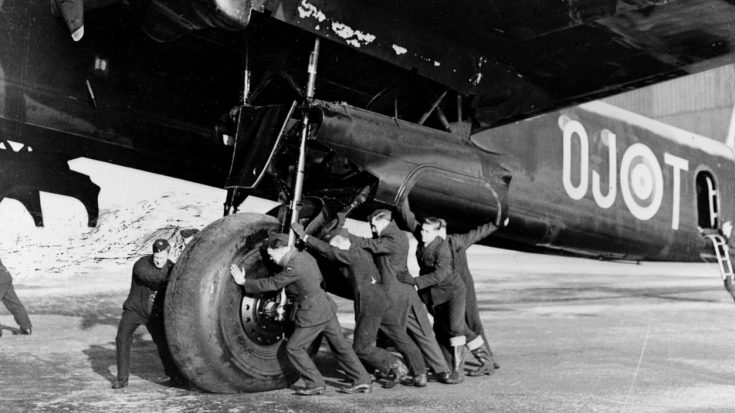 Resembling the famed Avro Lancaster, the Short Sterling had over 2,000 airframes produced but has not enjoyed any of the fame. Designed in the 30s and introduced in 1940, the Stirling was hailed for being able to out turn German night fighters but just didn’t cut it a few years later.

A four-engined heavy bomber, it was used by several RAF squadrons but later in the war, 1943 to be exact, new wingspan restrictions enforced by the Air Ministry and production of other bombers such as the Halifax and Lancasters made it obsolete. They were then downgraded to less important duties such as tugging gliders and transport.

Here are some of the more notable specs of this aircraft:

Sadly, out of the thousands of Sterlings produced, none of them survive today. Not even in museums. According to a few sources, there are two sections of the aircraft at various museums, but not a single one in its entirety.

We’ve also found a really neat World War II clip of an engineer talking about the Short Stirling. It includes some of the fabrication as well as some flyby and bombing clips. You can see it below.