No Sweeter Sight Than A Corsair Hitting The Deck 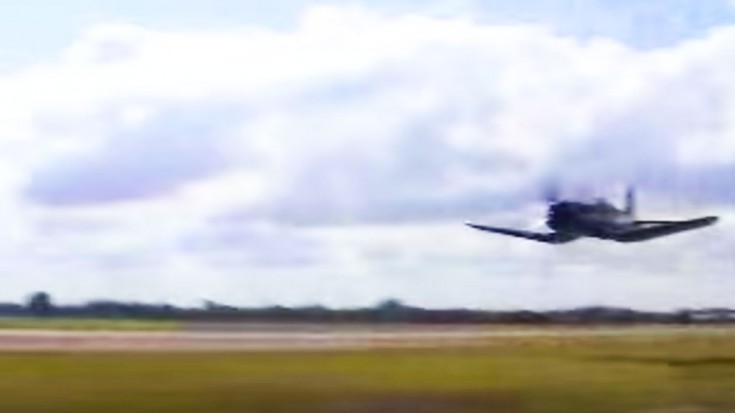 How’s This For A Low Flyby?

The F4U Corsair is one of the most recognizable planes of World War II, not only for its contribution to the Pacific Theater but also because of its distinctive gull wings. For those of you who don’t know, the ‘bent wings’ were not designed for esthetics and actually served a very specific purpose.

Since Corsairs were fitted with the massive Pratt & Whitney R-2800 engines, they needed to have a larger propeller to take advantage of the power. This in turn required more clearance from the ground which posed a problem.

Corsairs were specifically designed for the United States Navy as the Pacific Fleet needed new fighters.

In order to prevent the prop from striking the ground, the plane needed to be lifted up which called for the extension of the landing gear. Because Corsairs were designed for the Navy, they needed to land on carriers which posed yet another problem.

Carrier landings are much harder on the planes, so having longer landing gear made it much weaker and prone to breakage. That’s where the gull wings came in. By angling the first third of the wings downward, the landing gear could be much shorter but still give the propeller the room it needed. Ingenious solution!