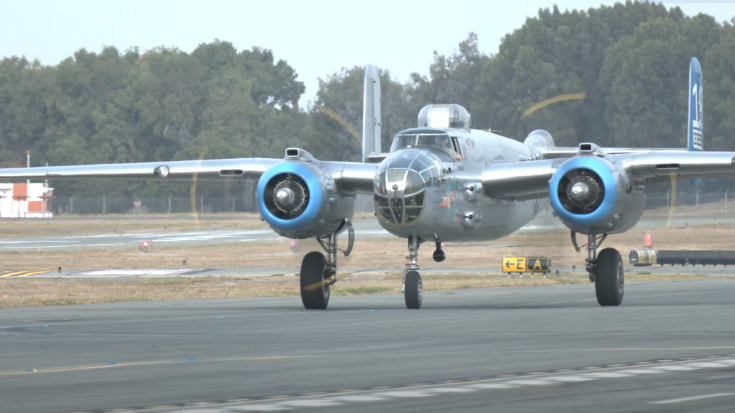 The Commemorative Air Force’s B-25J Mitchell, “Maid in the Shade,” is a war veteran. The 52-ft-long aircraft was built in 1944 and served in WWII as a low-altitude strafe and skip bomber.

While based in Serragia Airfield, Corsica, this B-25J flew fifteen combat missions from November 4 to December 31, 1944, mainly targeting railroad bridges to further cripple the German forces. In America’s first large-scaling bombing operation in the Philippines, Maid in the Shade downed five planes and sunk eight ships.

After its retirement, it was used as an agricultural insecticide sprayer until it was eventually donated to the CAF in 1981. With 4,300 “J” variants produced, only 34 are still airworthy today. Nowadays, this B-25J can be seen in airshows and can even be booked for passenger flights.