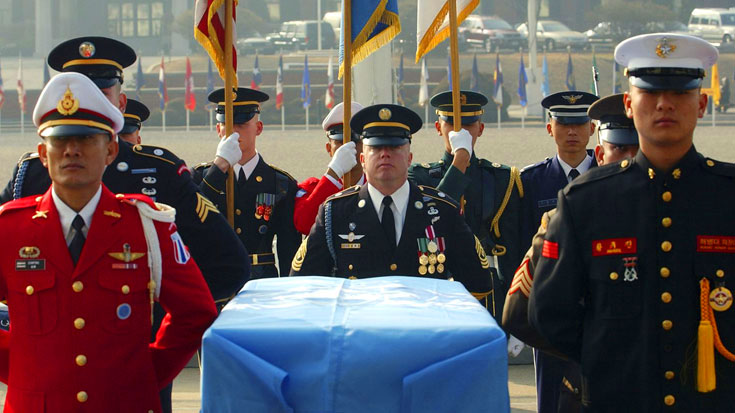 In the past week, the world has been turned upside down as tensions between the United States and North Korea have begun to ease. Since the summit in Singapore, the once embittered nations are on much better terms which is something that no one expected. Recently, as in a show of good faith, North Korea has begun returning the remains US soldiers who died in the Korean War.

During the Korean War, the whereabouts of nearly 8,000 US servicemen went missing in action. Now that the North Korea and the United States have reached a compromise, remains of Americans who died in the conflict will be repatriated.

“They are already starting to produce the remains of these great soldiers.”

American soldiers died in the North Korean combat, suffered in the prisoner of war camps and simply went missing in action. This will not bring back the fallen soldiers, however, it will provide some closure to the next of kin.

This is a nice gesture on the part of North Korea and working towards a peaceful resolution between the nations. This video clip provides commentary of family members of lost soldiers being returned their remains after over 60 years.