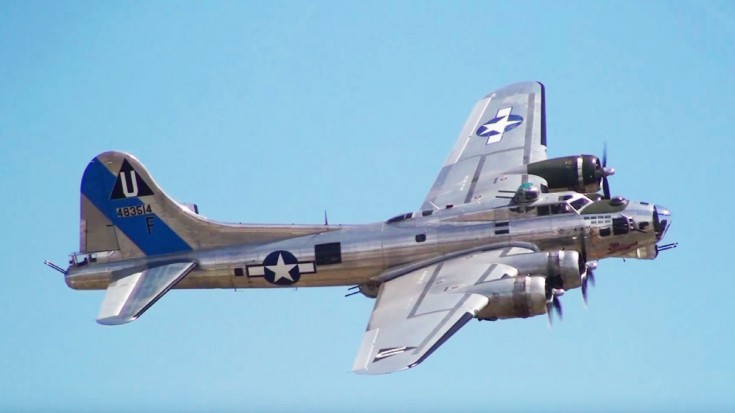 This up close and personal footage was taken at the Planes Of Fame Air Show back in 2014. This annual airshow hosted by the Planes Of Fame Air Museum located in Claremont, California is one of the best shows in the U.S. Featuring more than 50 vintage aircraft, almost 30,000 spectators gather to enjoy these shows. This particular clip was montaged so that it showcases one of the most iconic planes of World War II, namely, the B-17 Flying Fortress.

Both of these warbirds were built too late to serve during World War II, but were put to good use after production and avoided being scrapped like hundreds of other B-17s.

The two warbirds you’ll see here are Sentimental Journey and Fuddy Duddy II. Sentimental Journey is operated by the Commemorative Air Force in Arizona. Built in 1945, she was used as a photo mapping plane and later to put out forest fires. Fuddy Duddy II was also built in 1945 and is now owned by the Lyon Air Museum in Santa Ana, California. She has flown if a few famous movies like The War Lover and Tora, Tora, Tora.