Ocean Expedition Was Searching For Lost WWII Vessel – Discovered This Instead 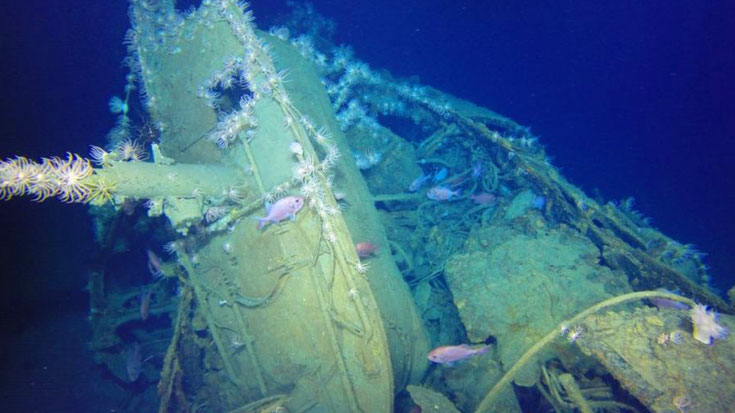 Microsoft co-founder Paul Allen has a passion for history especially concerning areas of World War II. He owns one of the most prominent aviation museums and also is very active in seeking out lost WWII vessels lost at sea. Paul Allen’s submersible the R/V Petrel has discovered shipwrecks such as the USS Indianapolis, the USS Helena and battleship the Musashi but now he has discovered something he wasn’t even looking for.

The R/V Petrel was roaming the waters of Papua New Guinea when it came upon a lost submarine dating back to World War I. The Australian submarine HMAS AE1 sank in September of 1914 without a trace. This was the first Allied vessel to meet its demise during WWI and its true fate was never verified until now.

“It’s still an amazing kick when the lights come on for the first time in 103 years… on the wreck, and there was the stern.”

There were theories that this sub was destroyed by German submarines or simply malfunctioned and was crushed by the pressure of the sea. Now an investigation and commence into the final fate of the HMAS AE1. See the first images in this video.