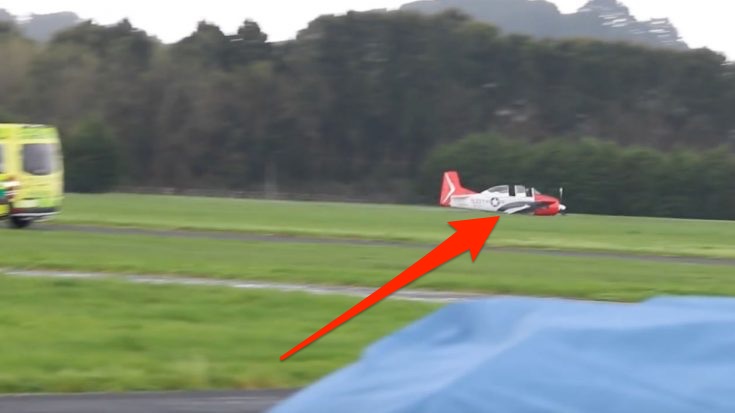 Warbirds represent a piece of history and we should treat them with the best care. Decorative planes should be on display in museums while the world adores their beauty. Functional warbirds need to be properly maintained so they can continue to fly for generations to come to preserve history. However, there are some folks who just want to make us dig our own nails our flesh. The landing of this T-28 Trojan with no landing gear is sure to be one of those moments.

Warbirds Association Chief Flying Instructor Dave Brown took a T-28 Trojan out on a routine test flight. Brown completed the flight without any issues but the landing did not go as planned. The T-28’s landing gear malfunctioned and would not descend into a position allowing for a safe landing.

“Every attempt was made by Dave to dislodge them so they would come down (they raise and lower with hydraulics) but sadly they remained firmly up.”

Dave Brown spent two hours circling the airfield in vain attempts to secure his safe descent. Running low on fuel with no alternatives he was forced down without landing gear. Here is the film of the incident.