Ex-SEAL Does Something TOUCHING For WWII Vet 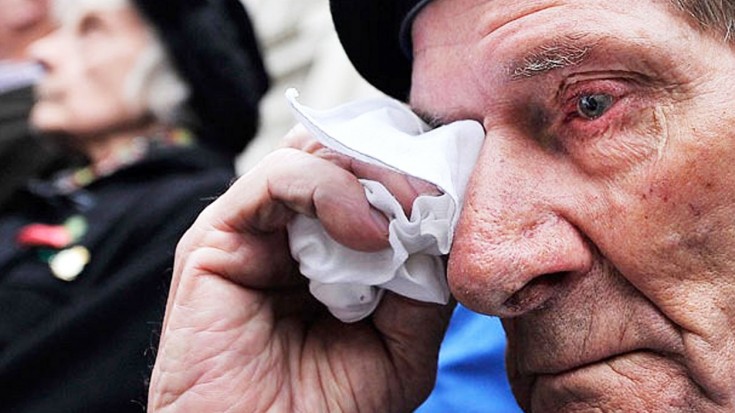 For Some, This Would Be A No Brainer.

We’ll try not to get into too much detail here, but things here have changed since World War II. Don’t mean to sound preachy, but you probably know what we mean. Simple things like respect, honor, valor and ordinary common sense are starting to fade from our society. We all see it, it’s just hard to come to terms with it.

The reason we’re starting off by saying that is simple. Although what this Navy SEAL did was the right thing and for most of us (if not all) the only thing we’d think of, in today’s society is sort of rare to find. The SEAL, Ray “Cash” Care, says so himself in this story.

During a flight to the Normandy Memorial, the plane was filled with World War II veterans. All dressed up in their uniforms and some of them with their wives, Cash said the whole picture and idea behind it gave him the chills.

The captain of the plane then approached everyone in first class and made a simple request, but some people outright denied it. Cash, a man of honor, didn’t even think twice about it. Check out the story and see if you were moved like we were.