One More Corsair Coming Our Way: Resurrected From Lake Michigan 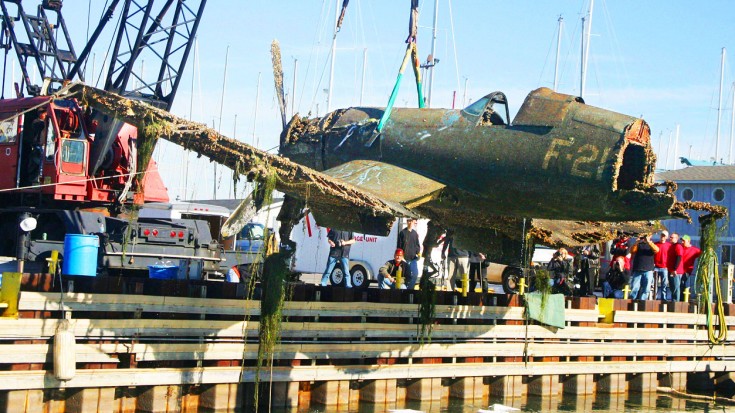 In An Effort To Keep Aviation History Alive, Sometimes You Need To Look At The Bottom Of A Lake

On June 12th, 1943, this F4U-1 Corsair crashed during practice landings over Lake Michigan. During that time, green pilots were trained how to land on carriers before being shipped off to the Pacific Theater and other combat areas. Lake Michigan was the training ground for this exercise, with USS Wolverine being the target deck. Carl Harold Johnson was the pilot who missed his landing, but escaped the crash with his life suffering only cuts and bruises. The ill-fated Corsair was left at the bottom of the lake for the next 67 years.

Once restored, this will be the only airworthy F4U-1 Corsair in the world. The effort is sponsored by 75 year old Chuck Greenhill, a pilot and World War II aircraft enthusiast. The cost to pull her up was estimated at anywhere between $260,000 and $300,000 U.S.D., the restoration itself costing about the same. As of this writing, the restoration efforts are promising, with this girl being back in the air hopefully in the next few years.