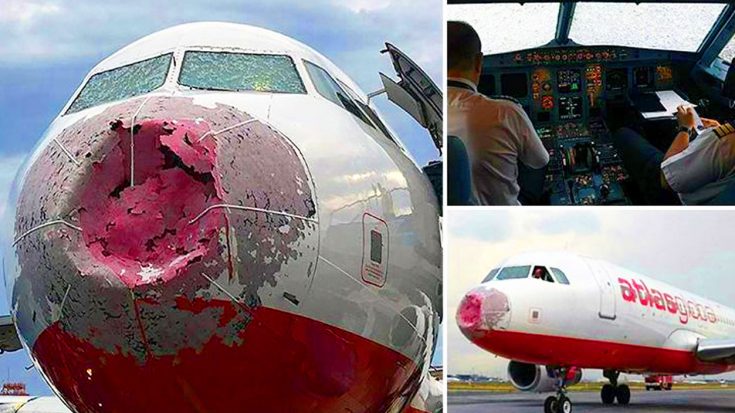 Flying is often regarded as the safest way to travel while capable pilots are behind the wheel. But there are many unforeseen random dangers that can pop up at any moment causing horrible damage to a plane. Mother nature is often biggest threat to a plane with hazardous winds, lightning and quite possibly the worst scenario, hail storms.

Planes undergo various types of weather-related stressed during testing including extreme heat and cold. But there is no way to avoid the damage caused by a massive hail storm. These kinds of storms happen very infrequently so there are no real FAA regulations against flying in these kinds of conditions and often radar does not detect them.

The following video shows an airliner taking off from an airport in Turkey when a freak hail storm strikes ten minutes into the flight. The plane is pelted with hailstones the size of baseballs smashing through the windshield, denting the nose and rending the plane with no visibility. The even more troubling part is that the pilot manages to land the damaged plane flying blind. This is truly what courage is all about, being brave in the face of danger while lives hang in the balance.