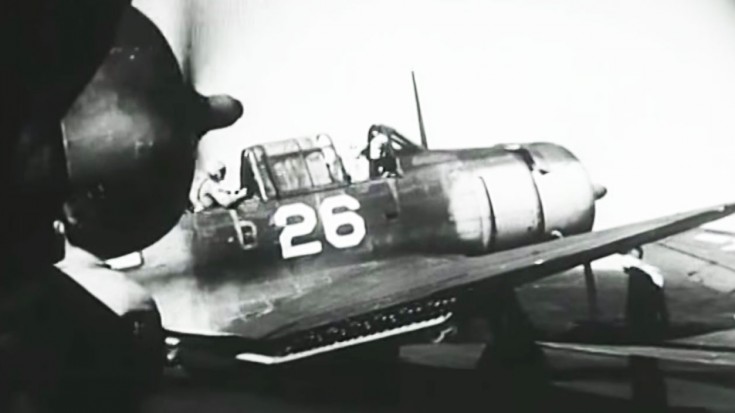 Almost Unreal Footage Of This Major Naval Air Battle From 1944

During World War II, Operation Hailstone was a two day naval airstrike against the Japanese military bases in Truk in the Caroline Islands. The island was essentially a highly strategic base for the Japanese, allowing them to subsequently advance to the Marshal Islands and have a stronger hold in the Pacific Theater. Anticipating this strategic advantage, United States Admiral Raymond Spruance ordered an attack on the island, appointing Marc A. Mitscher as commander.

The U.S. attack began on February 16th with air and submarine strikes. Caught completely by surprise, the Japanese were cornered as U.S. ships blocked off all exits from the island. By the end of the next day, U.S. forces sunk 15 Japanese military vessels, 32 merchant ships and destroyed 270 aircraft. On The U.S. side, two ships were damaged and 25 aircraft were lost. Overall, the mission was a great success for the Allied forces. As for the remainder of the troops in Turk, the U.S. isolated the island until Japan surrendered in August 1945.